I’m a managing director in the public finance group of the investment bank Piper Sandler. I work with school districts, cities, counties, and state agencies on project finance. When a local school district needs to build a new elementary school, it’s unlikely that they have saved up enough cash, so I help them navigate the financial markets to execute borrowing for capital needs.

What makes me love my job and also be successful is that I really care about helping government provide the services citizens want. I am the opposite of Ronald Reagan, who said, “Government is the problem.” I think government can be the solution. And I feel good about doing what I can to make those solutions happen.

“My job is the perfect integration of finance and community activism. I love feeling I am adding value to my community every day.”

I’ve had essentially the same job for the last 35 years. I’m still doing it because it’s been the perfect integration of finance and community activism. I love feeling I am adding value to my community every day.

I am focused exclusively on Oregon, which means not only do I see the same clients over and over and over again, but it’s rare that I drive anywhere in the state without seeing a school, city hall, or sewage treatment plant that I helped make happen.

Q: What are you actually doing?

Determining the appropriate type of bond based upon available revenues, the legal process involved, and political realities. Completing the financial analysis to figure out what kind of bond structure makes sense based upon cash flows and the impact on tax or ratepayers. Creating the legal disclosure documentation and writing text that will both protect our client and appeal to the market. Dealing with the rating agencies and the IRS to ensure tax-exemption. Working with local attorneys to make sure they understand federal statutes related to bond issues

Often, I’ll go to local school board meetings at eight o’clock at night to make sure everyone understands what we’re proposing and why. Sometimes I’ll make presentations to the legislature on what kinds of legislative adjustments could be made to help school districts, cities, and counties fulfill their functions.

Q: Is working on policy and legislation typically part of this?

Because my background includes significant legislative and policy experience, I am able to provide a somewhat unusual service to our clients that combines assistance with financial challenges in that context.

Unlike most states, Oregon relies only on two revenue sources—income tax and property tax. We have no sales tax, which means that we only have two legs of the typical three-legged stool of state revenues. Historically, property taxes are relatively stable, but income taxes are not. There’s also a provision in our state constitution requiring, past a certain point, excess money collected in good economic conditions to be sent back to taxpayers. The result is that we’re subject to a very recession-prone, major source of funding and an inability to develop reserves.

In the 1990s voters approved multiple poorly crafted property tax limitation measures. In 1996, voters approved a particularly restrictive measure; it was both devastating financially and incredibly badly written. Once it was approved by voters, the legislature was responsible for figuring out how to implement it. So from January to August of 1997, I took a leave of absence from my investment bank and worked with the League of Oregon Cities—the trade association that represents all 247 cities in the state of Oregon—lobbying legislators to write implementing rules that did the least damage possible.

“I’m not afraid to say to clients, ‘I know the law says this now, but the law isn’t working. So we need to figure out a way to get it changed.’”

It really allowed me to get in the weeds of how our system works. Because I have that knowledge about both the system and the legislative process, to this day, I’m not afraid to say to clients, “I know the law says this now, but the law isn’t working. So we need to figure out a way to get it changed.”

Q: Where did that desire to get into the weeds come from?

I’ve always been a political junkie. After college, I moved to D.C. to work for my congressman. Then I got a job working for the governor of New Jersey as an environmental and energy lobbyist. This was during the Reagan administration; for those of us who were pro-environmental protection, the best we could do was stop bad stuff from happening.

I was pretty good at it and, for two years, it was super fun. Then a new congressional session started, and I realized I’d be spending the next two years trying to stop the exact same awful proposals all over again.

That made me interested in pursuing other avenues of helping government achieve positive change, leading me to Yale. And it’s part of why, today, I still find it so gratifying to see tangible benefits like a new or renovated school. It’s the antithesis of just trying to stop the same bad things over and over again.

I also like the nitty gritty of finance, which is something I first discovered when the governor of New Jersey had me making presentations on what was then a novel idea from an investment banker from Bear Stearns: to turn a Clean Water Act federal sewer construction grant program into a revolving loan program, whereby the state could leverage the loan repayments to fund additional projects. That required a legislative amendment, which is where I came in. It made a lot of sense because it would let the same money go a lot further, but it had never been proposed previously. And it was a revelation for me

Until that point, I’d never thought about Wall Street or finance as being an avenue for helping government more efficiently provide services. Simultaneously, a friend, Ann Renauer, told me she was considering going to Yale SOM because of their emphasis on both public and private management. That confluence of events suddenly opened a path I’d never previously considered.

Ann and I both ended up attending Yale SOM. Everything about the program just felt right. The people it attracted were some of the smartest people I’ve ever met. They weren’t just looking for an MBA; they were mission focused. They recognized that organizations in the private, public, and nonprofit sectors all need strong managers. Ann and I have stayed in touch and I’m still very close to a whole group of people I went to SOM with, my husband being at the top of the list! The philosophy of Yale SOM still underscores everything I do.

Q: You mentioned working with the Portland Public Schools.

Yes. Portland Public is the rare urban school district where their capture rate for local students is extremely high. My daughters both went to the Portland public schools. The buy-in from the community is very strong.

But because of the property tax limitation measures in the 1990s, schools were severely underfunded for 20 years. As a consequence, Portland Public emphasized putting its available resources into operations. They weren’t focusing on maintenance or capital construction. When they went to voters for funding, it was for operating funds, not for capital support, as there was a feeling they couldn’t do both at the same time. Eventually, that strategy was no longer sustainable because some of the buildings were starting to fail in significant ways.

Since 2014, I’ve been working with the district on a 30-year plan for upgrading or rebuilding nearly every school in the district. Projects on this scale require voter approval, so we have been assisting the district on a strategy of going to the voters every four years for a new increment of bonds. We have built a fairly complex model which considers each successive bond measure’s repayment structure assuming multiple increments into the future, allowing the district to layer each so that the levy stays constant.

This “subway tile” model of financing each increment has been remarkably successful. It’s nominally a 30-year plan, but the hope is to continue this strategy into the future because by year 31, the improvements they made in year 1 are going to need to be upgraded. One of the things we preach to our school district clients is that it’s important to look at capital investments as the same ongoing annual commitment as paying staff.

Portland Public has been doing some really beautiful upgrades across the city, bringing buildings up to the standards of a quality academic environment in the 21st century. Although my daughters are 28 and 23, which means they won’t directly benefit, it makes me feel good that I had a part in adding value to my community. It’s been a great career. 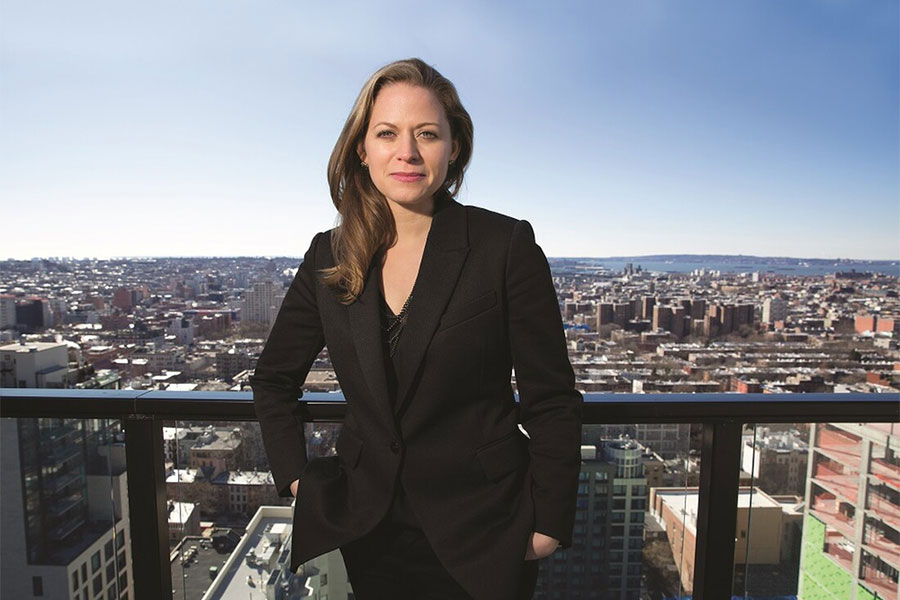