Buffalo Bills punter Matt Araiza has been accused of having partaken in the gang rape of a 17-year-old girl in October 2021 while he was a student at San Diego State the Los Angeles Times reported on Thursday.

“We were recently made aware of a civil complaint involving Matt from October 2021,” the Bills said in a statement released Thursday night. “Due to the serious nature of the complaint, we conducted a thorough examination of this matter. As this is an ongoing civil case legal, we will have no other comment at this point.”

Araiza, who was picked in the sixth round of the 2022 NFL Draft and was just given the Bills’ punting job earlier in the week after he won a competition with Matt Haack, was named in a civil lawsuit filed in San Diego County Superior Court along with former teammates Zavier Leonard and Nowlin “Pa’a” Ewaliko.

Araiza’s lawyer, Kerry Armstrong, was contacted by the Times and he said he hadn’t reviewed the complaint but called the rape accusation false. He said his investigator spoke to witnesses from the party where the alleged incident occurred who contradict the allegations against Araiza.

It’s official: The winning Matt for the Bills punting job is Araiza

“It’s a shakedown because he’s now with the Buffalo Bills,” Armstrong said. “There is no doubt in my mind that Matt Araiza ever raped that girl.”

The Bills left Buffalo Thursday bound for Charlotte where they will play their final preseason game Friday night against the Panthers.

It is not known whether Araiza made the trip with the team. If he did, it is also unknown whether the Bills would dress him for the game, pending investigation of the matter. 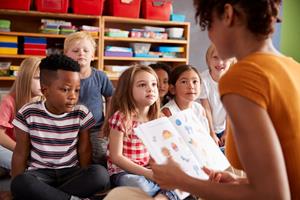 New Course from ChildCare Education Institute on Making the