“I Voted” stickers are seen on the day of US midterm election in a polling station in Philadelphia, Pennsylvania, on November 8, 2022. (Photo by Ryan Collerd / AFP) (Photo by RYAN COLLERD/AFP via Getty Images)

PHILADELPHIA – The video on Fox News showed a Wisconsin poll worker initialing ballots before they were given to voters. It’s normal procedure on Election Day.

By Wednesday the bogus claim was being shared by QAnon believers and far-right figures like Michael Flynn, ex-president Donald Trump’s former national security adviser. Some noted the worker wore what looked like a common face mask.

“Masked man cheating in front of the cameras…

Hobbs holding on to lead over Lake 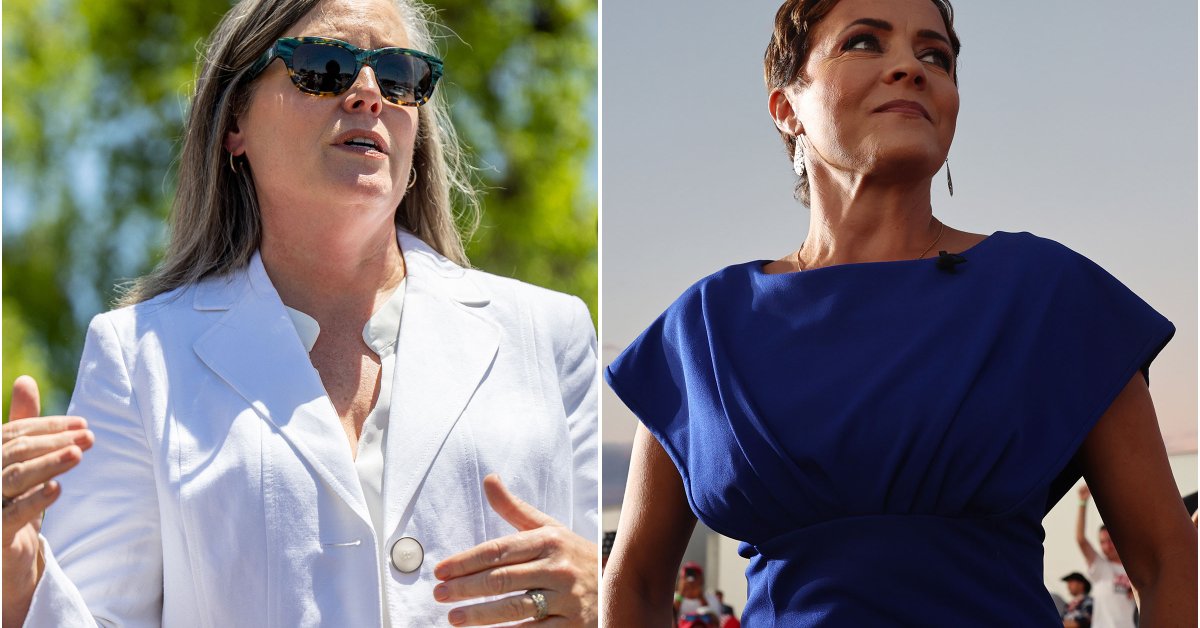 Calls Grow for Katie Hobbs to Not Oversee Arizona Election